"With every sip of cider, we drink a piece of our history."

There are no known data for determining the origin of the apple and cider in the Basque Country. However, it is true that cider has been one of the most usual drinks in Basque farmhouses for centuries. The oldest documents and mentions are included in the extensive book "The Cider" by Jose Uria Irastorza.

There are several theories on the introduction of the apple in our territory. Some point towards it being introduced from Africa. A more wide spread idea is that it was the Arabs who brought the apple for the first time, others think that it is the result of the migration of birds transporting apple pips from far off Eastern lands and some say that the Basques learnt the art of producing cider from the Romans. However, some people say that the apple appears in the Basque territory spontaneously. Therefore, there are several and very different theories on the origin of the apple, and so, on cider production in our country. To demonstrate this, here are a few examples to get an idea of the origin and age of this tree in our territory. 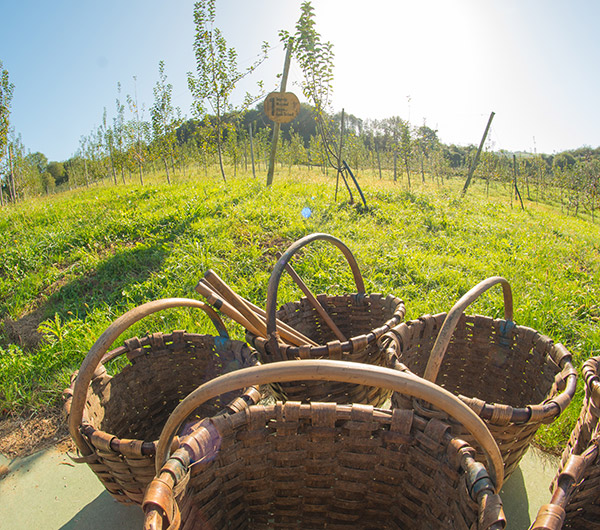 The oldest mention of Basque apples goes back to the year 1.024. From that time on there are many documents that name apple orchards, cider houses and cellars. In addition to the documents written by the local population, there are also documents created by pilgrims of that time, which explain what they have seen in the Basque Country. Many of them report on cider. The oldest writing is from the 12th century, written by the pilgrim Aymeric Picaud of Santiago.

It is worth mentioning the protection of this product in the Guipuzcoan jurisdiction, which already in the 11th century, prohibited the introduction of foreign cider, until the local one was consumed. The laws have defended the apple tree, the apple orchard and the cider trade for centuries. Considering apple orchards as a collective wealth in all Basque municipalities.

Basque Country enjoyed a few good years with regards to industry and commerce during XVI - XVII centuries. This golden age, in which cider was an everyday beverage and there was a great consumption, would not have been possible without cider. We owe great part of our culture to cider, that must be said. Apart from being an essential beverage for the population, it was the everyday drink of our sailors and fishermen, who used to go after cod and whale all over the North Atlantic. The contracts clearly stated: for each sailor two or three apple cider liters a day. This made it possible the exporting of the so acclaimed basque iron and other materials. The first Basque farms are built just to quench that enormous necessity of cider. They were huge companies to produce cider. In the golden age of Basque farms, their building was started with the "tolare", cellar in Basque. From that on, the rest of the facilities were built. That's why they are known as "tolare-baserriak" (cellar farms in Basque).

The decline in the importance of the apple started with the introduction of corn as a staple foodstuff in the Basque territory, gaining ground over the apple plantations. The apple orchards were relegated to second-class land, and in many cases, in much smaller quantities.

The Civil War signified a break in apple tree cultivation and cider production, wasting years with very big crops. The war brought hunger, and with hunger, as the old cider makers say, people do not feel like drinking. Another new decline came a few years later, which brought about the abandonment of apple cultivation and cider production, as it was no longer a profitable occupation. Between the 1950s and 1960s, many family presses stopped making cider finally, along with cider selling establishments, who changed their business. Industrialization entailed the abandonment of the farmhouses and the setting up of factories and workshops. It goes without saying that secondary work like looking after apple orchards and cider production was almost completely forgotten at this time. Only Guipuzcoa maintained with difficulty the production and consumption of this drink. 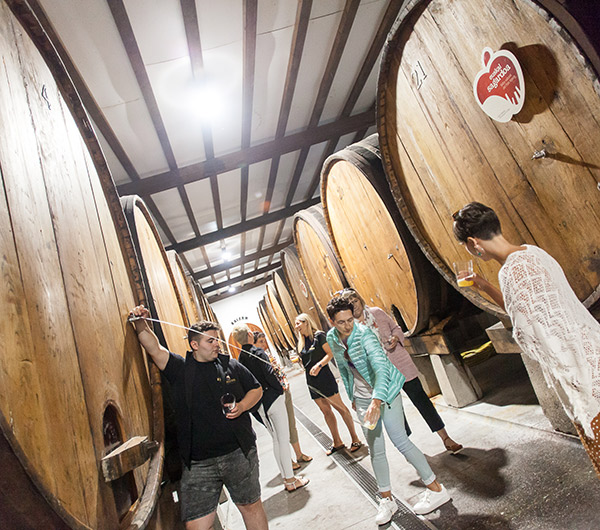 The txotx ritual and "tolare"cider houses

At the end of the 20th century, Basque cider cellars began to offer the "txotx" which consists of tasting cider from different barrels with a traditional cider menu. In the cider houses, season starts in January and ends in mid-May, but some cider houses nowadays open all year round. In this mentioned season we can taste cider "txotx" style, straight from the barrels, and also in bottle, together with a traditional menu: cod omelet, fried cod with peppers and grilled T-bone steak. In all cider houses, tradition says that cider men opens a barrel shouting "txotx", "txurrut" or "mojón". By holding the glass in the right way the clients are able to serve themselves the cider, so that they can obtain the spark and appreciate the color, aroma and taste of the cider. The "txotx" ritual began as a private tasting for wholesale buyers who went to cider houses for tasting the cider and choosing between different barrels. Over time, it was opened to public participation, until it became a winter and spring gastronomic event in the Basque land.

The present and the future of the sector

Cider making is a passion that has become an occupation. It has been one of the economic driving forces of the Basque Country. Today there are 100 cider makers in the Basque Country, and as well as producing and selling cider they offer the chance to eat at the cider house: a chance to try the "txotx" experience. Cider cellars also open their doors, organizing guided tours, conferences, congresses, activities and special events to cater for audiences of all kinds. As well as making natural cider, diversification, innovation and product improvement are a constant part of today's cider breweries, which produce cider with the Euskal Sagardoa designation of origin, organic cider, sparkling natural cider, aged ciders, Sagardoz cider and apple juices.

The Gipuzkoa Natural Cider Association works on R&D plans for research and improvement in the cider production process, as well as with internal and external knowledge of the sector. The future of cider will be guaranteed by three important pillars: the quality of the raw material, the product and the production process. The quality of the raw material will signify looking for the best for the product, which will imply promoting the native apple.

For the production of natural cider, different types of apple cider are used: acid, bitter or sweet. Today it is estimated that there are more than 1000 varieties of native apple for cider in the Basque Country, although about 114 varieties are approved in the Euskal Sagardoa Designation of Origin. 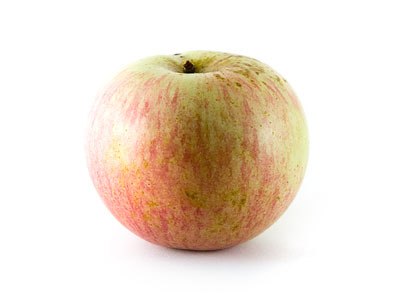 "The oldest written quotation found in reference to the Basque apple orchards dates from the year 1,024"

Cider harvest begins around late September up to early October, with the collecting and selection of the apple. The gathering and reception of the apple doesn’t end up to halfway through November, which is when they receive the later apple varieties.

With the apple in the cider house, we begin the transformation of the prime material into the so precious liquid through the smashing and its later pressing. The obtained juice from the pressing machine is deposited in barrels, which will end in cider after the fermentation processes.

Finally, the cider will be tasted from the barrel in txotx season from January up to late April and in bottle through all the year.

The biggest part is collected manually in Gipuzkoa, with the help of a tool called “kizkia”, which serves to collect the fruit one by one. We must make a gathering in the optimal spot for aging, for that before starting it is convenient analyzing the state of aging. The gathering period extends from late September or early October, up to half November, according to the apple variety. Harvest of apples suffer of "veceria", in which one year of good harvest is followed by a bad one. Today we’re implanting techniques to be able to regulate these harvests and have regular apple productions.

The selected and clean apple is transferred to the crashing machine that has the function of blowing up the apple meat and therefore ease the pressing and ensuring the biggest performance possible of the raw material. The crushed apple is transported to the pressing machine. The majority of cider houses has installed modern pressing machines, that ease a lot the work of the producer and saves time. From the pressing we obtain the very appreciated apple juice which after fermentation becomes cider. The performance of the raw material, according to the apple variety and aging point, goes around 50-70%. 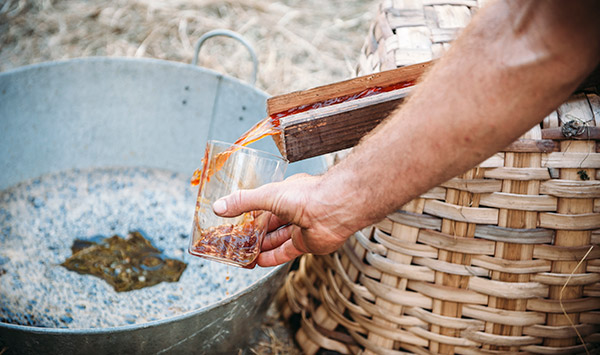 The pressed juice obtained from the pressing machines is transported to the barrels and so to begin the fermentation. The used deposits are different, they can be made of wood or stainless steel mainly. During approximately the next 2 weeks the juice will go through its first fermentation, called alcoholic fermentation, in which sugar is turned into alcohol mainly. Once done, it begins the malolactic transformation, in which the malic acid is turned into lactic acid.

Since the apple juice is turned into cider, after both fermentations, it’s the cider man who will determine the appropriate moment for the product bottling. The process can take all year, thanks to the cold systems installed in cider houses, that ease a lot the maintenance of the product. The used technology for bottling of cider has evolved a lot in the last times, for which cider houses have incorporated bottling facilities of last gen in its machinery. 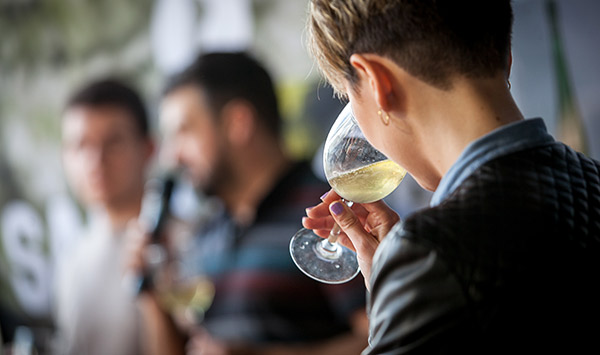 The new harvest of cider is tasted in the "txotx" style, directly from the barrels. The origin of this tasting ritual was to choose the cider that was to be bought for later bottling, and without losing that function it has become an unprecedented culinary tradition. It depends on the time and place, we will turn the cider tasting into a totally different experience. And here lies the magic of our natural Basque cider, since due to its versatility, depending on how it is served, it will show different aromas, nuances and flavors for each occasion.

"Quality to be enjoyed all year round"

How to enjoy cider al Txotx

Pour out the cider directly from the barrel into your glass so that it breaks and takes out the bubbles. Serve the amount of cider that you are going to consume in one drink. Use a wide and thin glass for the cider tasting. Accompany it with a good cider house menu. Pair it with other dishes served in our cider houses. Depending on the time of year, some cider houses may have the cider "txotx" style closed, but you can enjoy their bottled cider. Although more and more cider cellar offer cider in "txotx" all the year round.